Set in a deep narrow Karkloof Valley with a miraculously flat valley floor and a meandering river running from a waterfall at the head out into farmlands down below. This Cabin in the Woods was as a group of 4 or 5 accommodation units that were dotted along the river in clearings.

The client owns the farm, and had holidayed up this valley for many years. The matriarch relayed a story. They used to camp, parents in one tent, 3 kids in the other. One night it started raining. The parents woke up, decided to check on the kids and found that they had floated out of the tent, on the lilo’s they were sleeping on, and were drifting down the valley.

This occasional flooding, the sensitive root systems and very rocky [boulders in sand] soil defined the need to set the cabin on stilts and connect them with elevated boardwalks.

The Cabin is conceived as a single structural gesture, a sweeping curve from floor, around the wall and over the roof. This same swoop is the solid element of the form. Most of the functional elements of the space were integrated into the junction of the wall to the floor so that the experience of the surrounding environment was from there out.

The outdoor area (deck) is on one side of the building only, this allows the interior direct contact with outside on the other 2 sides. Even though the project remains unbuilt, the model attracts attention and stimulates other projects. 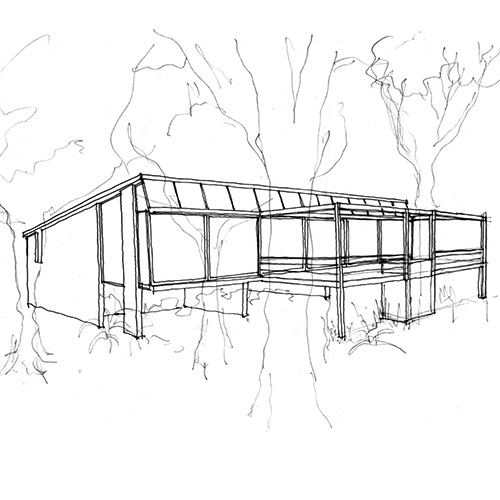 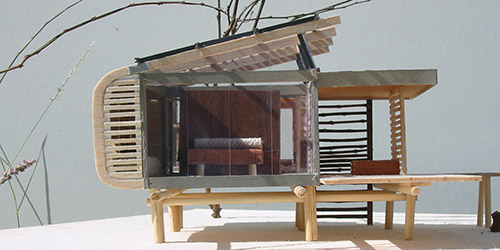 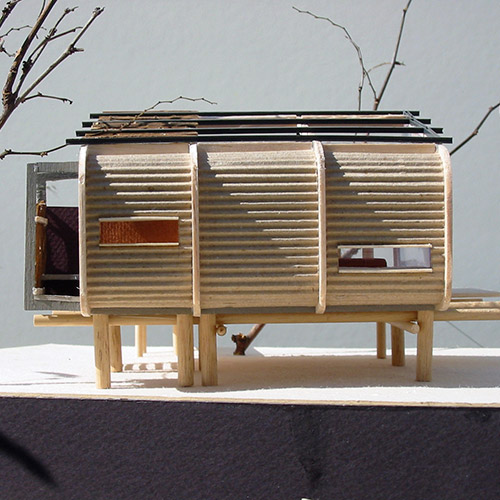 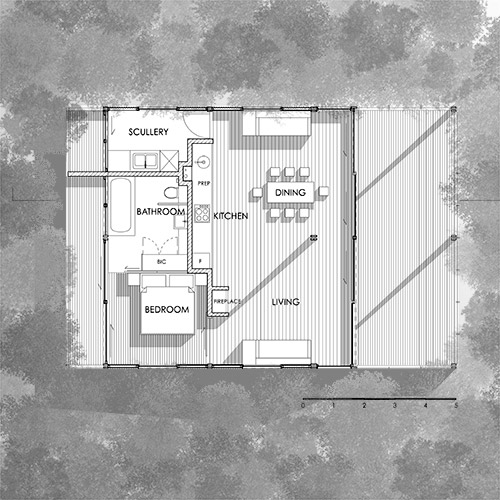 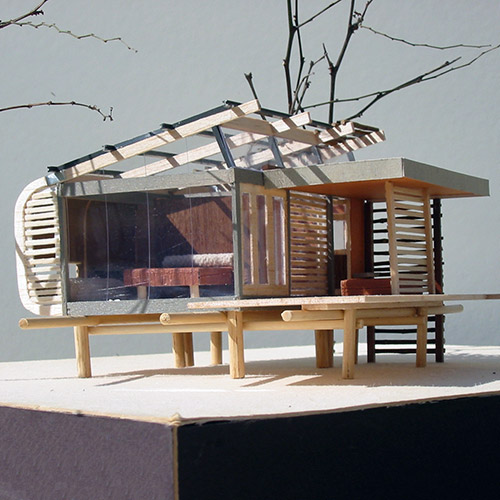 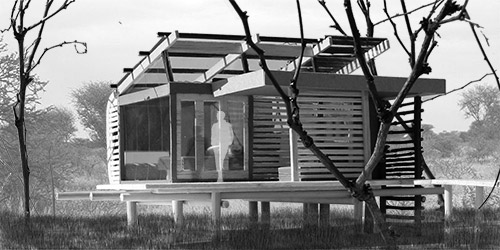